Now’s the Time to Buy Pre-Owned (or Maybe New) 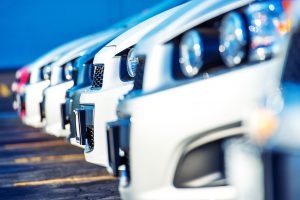 It's no surprise that pre-owned vehicles, just after being returned by lessees, make for great car deals. What's happening now, though, is a perfect storm of auto discounts Here's what's up.

Even executives in the auto industry admit they're going to have to slash prices. Jim Lentz, Toyota's North American chief executive, told the LA Times he's "going to have very attractive certified used passenger car payments relative to new passenger cars.” The same Times article cites an NADA predication that used car prices will fall 6% more than they already have this year (upwards of 7%) before the end of the year. That's a 14% discount simply due to supply and demand. It's the season for car deals, without question.

We've established that pre-owned sedans will likely be the best car deals for the latter part of the year. They'll probably be discounted for much of next year, too. However, even SUV and brand new auto prices could come down because product lines that are heavy on SUVs need to turn a profit somehow. Ford, for example, is likely to offer attractive auto discounts on a range of new vehicles to persuade drivers to jump on the deal instead of going to Nissan for a pre-owned car.

What if you want a lease? Although lease offers are expected to become less attractive, it may still be a good time for you to check them out. It depends on when you're reading this. There may still be a leasing push by your local dealer and leasing might work out best for you. It does, after all, typically come with lower monthly payments than loan financing (by about $100 on average).

So, what's the best way to get a feel for the local market, anyway? It's a good question to ask as you read this. There's no easy way to figure things like this out unless you search for car sales news every day. However, you now have a basic understanding of the market's conditions. We suggest deciding what kind of vehicle you need (and/or want). Then, get quotes from each local dealer for comparison. If you're on the fence between a low-priced pre-owned sedan and a good deal on an SUV, get quotes for everything, from each dealer. You might come across an offer that helps you make up your mind. You also might decide that one of the dealerships looks like a good place to go to the negotiating table. If you do that, you'll have extra quotes that will give you negotiating leverage. Bring them along to ensure you get the best car deal you can.

Ready to get those free, no-obligation quotes form your local dealers? Click here!