What are the Longest-Lasting Vehicles? 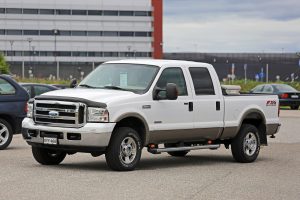 If you're the type of driver who prefers keeping your car or truck for the long haul, you've probably asked yourself which are the longest-lasting vehicles. Trucks and SUVs top the list but a few sedans make it into the top 20. Some brands are known for lasting 200,000 miles or more. Others rarely make it that far. Iseecars.com found that the following models outlast the 200,000 miles mark the most.

Iseecars.com says 5% or more of the models above were still in use with 200K miles or more on their odometers. The number one spot reached 6%. The top two spots are heavy duty pickups. It shouldn't be a big surprise that they rank at the top. The third and fourth spots belong to SUVs, the Toyota being a mid-size SUV and the Ford being a very large SUV.

The three vehicles above were in use with 200K miles or more between 4% and 5% of the time. As you can see, there are still only SUVs and pickups in the list. There are also no Ram pickups here (or further down).

Tahoe and Yukon, both large SUVs, take the eighth and ninth spots before the list finally gives way to another style of vehicle. Two Toyota sedans rank numbers ten and eleven. Clearly, the most dependable sedans come from Toyota!

What can we learn from this?

I don't want a truck or SUV. What Should I do?

iseecars.com excluded trucks and SUVs from the study and found that full-size sedans are the third most reliable car type. But the percentage of non-SUV, non-truck vehicles still in use at 200,000 miles is lower than 2.5 percent. The longest-lasting vehicles generally need to be built more robustly, but sedans aren't that type of vehicle. The rankings look like this:

If it's a new car you're looking for, you should request online quotes from all of your local dealers. It's free and easy. Get them all at once here.